It is extremely difficult to choose natural gemstone rather than wearing it. There are ample numbers of factors which need to be taken into the account while purchasing a gemstone. Usually, a person due to lack of awareness is compelled to buy a synthetic gemstone by counterfeit gemstone dealers. Nevertheless, if you are heading toward to buy a natural gemstone, so in that case, the following article will assist you in purchasing a right gemstone with high grading.

The quality of a gemstone have following four parameters Cut, color, clarity, and carat. Hence, these are the key criteria that are meticulously evaluates in order to grade a gemstone. Thus, we will discuss all four essential factors in detail below.

The value of a gemstone primarily depends upon its color characteristics.  In the context of colors, there are three primary colors red, green, blue and three secondary colors (purple, orange and green). Color matters a lot in grading a gemstone.

These colors mixes proportionally to obtain new colors. Usually, the colors which are visible to us are the mixture of these primary and secondary colors. Apart from this, Saturation, Hue, and tone of the colors also hold quite an importance while grading a gemstone.

It means the colorfulness of a color relative to its own brightness. The saturation of a color decides by a combination of light intensity and how much it distributes across the spectrum of different wavelengths.

The purest color obtains when a single wavelength passes through the spectrum of light assist in obtaining a high quality or graded gemstone.

However, if the intensity of the wavelength decreases, so as the saturation decreases, consequently, the grade of the gemstone also get the affects.

However, it is impossible to obtain a 100 percent Saturation in nature, but higher the saturation, consequently, the price of a gemstone will be higher.

The Hue of a color describes to be the pure color without any inclusion and tint. In addition to this, it generally means that how our brain perceives specific colors red, green and blue. The different hues have a different wavelength in the spectrum.

The red, green, purple, blues are having perfect hue. However, the hue of a color change according to fashion. So, the gemstones which reflect the rich amount of color such as red, green, purple and blue are popular as high grade color gemstones.

When a color adds with white that is being called a tint. It has been said occasionally about tint that the lesser the tint betters the hue of the stone and lesser the saturation. So, a gemstone with fewer tints is the high color grade gemstone.

Grading of a color:

Color grading in the context of the gemstones, means that what is the strength of the main color persist in a gemstone? For example, if it is a blue sapphire stone, so while evaluating this gemstone specifically on the color grading parameter. It is being evaluated that in what quantity the blue color persists in the stone.

Fortunately, if the quantity of blue color is 100 percent in the stone, it will regards as the natural blue sapphire stone. However, it is almost impossible to spot a gemstone without any inclusion. Nonetheless, in that case, a stone with a lesser number of inclusions are high-quality gemstone.

After color, the other parameter which holds paramount importance while grading a gemstone is the clarity of the stone. More precise definition of clarity is that a gemstone without any inclusions or with “few inclusions” “large inclusions”.

However, in order to perceive the more accurate and precise results generally, the gemstones have following categories on the basis of the number of inclusions.

These gemstones are completely internally flawless and free of any inclusions. Even, under the 10 X magnifier no as such inclusion can be spotted.

It stands for (very very less) inclusions. It is a cumbersome task to spot a flaw in vvs gemstones as these are completely flawless gemstones. However, in order to find any inclusion in the stone, 10 mx magnifier uses which barely reflects any flaws.

These stones contain slight inclusions which can catch by under the 10x magnifier or by competent gemstone experts.

It stands for slightly included inclusions in the stone which can measure with an experienced pair of eyes or under the magnifier. However, in comparison to VVS, VS, the stone which lies under this category are slightly low in quality.

These gemstones are highly influence by external inclusion and quantity of the inclusions are such high so that it can be spotted with bare eyes.

The stone which possesses the quality of transmitting the light through it without any diffusion or bare infusions is the transparent gemstone.

Translucent: Hence, the stone allows passing the light through it. However, the stone is not  “transparent”.

The gemstone which does not let the light to travel or pass through it.

A gemstone extracts from the mines or from deep forests. Thus, they appear dull and asymmetric. However, in order to use these gemstones for jewelry purposes. These gemstones introduce to cut into different shapes considering in mind the inclusions in the stone.

A rough gemstone needs to cut because the stone which extract from mines are immensely large in size. So, the process to make a gemstone assume a certain shape, size, bringing out its luster and shine and enabling the stone to embedds in jewelry is aggregately popular as cutting of a gemstone.

Thus, a gemstone cuts in such an ideal manner so that it possesses its original qualities and exhibits its original color, an acceptable number of inclusions and its scintillating brilliance.

The followings are categorized to be the best types of cut, which a rough gemstone can be received.

Round brilliant-cut gemstones are announced to be the best quality of cut which a gemstone can perceive. It is also acknowledged to be the American standard cut. However, nobody, in reality, knows about who is the real inventor of this cut.

Although, this cut is extremely famous because it essays 57 faceted. The diamond chiefly perceives the round brilliant cut treatment. Usually, the benefits of the round cut are that it uniformly divides the facets of the stone and also enhances the luster and shine of the gemstones. However, earlier this cut was not only practiced on diamonds but nowadays gemstones are obtaining this treatment.

Baguette cut gemstones have 20 faceted. This cut has been exercised upon rough gemstones, especially for Tourmaline.

Square cut stone has at least 57 facets. Basically, this stone has to be cut in a step by step procedure to achieve a perfect square cut stone. Most oblong cuts are step-cut means the stone has to cut in steps just like a pyramid with it’s top chopped off. Usually, the stone with square-cut denotes justice, equality, truth, and satisfaction.

The number of facets of trillion cut stone has been counted around 43. A trillion-cut stone is triangular in the shape. Due to the excellent way of cutting the stone from the corners the stone reflects brilliant light and lusters from corners.

Moreover, because of its high clustering characteristics, this gemstone is popular among gemstones buyers. The gemstones like emerald, aquamarine, diamond and white sapphire receive hugely this cut as they possess a brilliant luster and shine.

The octagon cut gemstone usually has 53 facets. As like square-cut stone, it is also cut in steps.

The stone looks like a rugby ball and it has got 57 facets. In addition to this, the marquise cut gemstone is also called “Navette Stone” resembles alike a stretched oval shape. The marquise cut stone bequeath excellent brilliance and luster.

The number of facets of this stone is around 64. Additionally, this stone is revered as “pillow cut stone” or “candlelight stone cut” in reference to cuts designed prior to electric lights. This stone also means a “classic” stone.

In comparison to other cuts; this cut has introduced in recent times. The number of facets of princess cut stone is around 76. Importantly, the princess cut stone is not only bound to diamond, though, but it is also used primarily for gemstones. Due to its high brilliance, it is principally used for engagement rings, wedding rings, etc.

Mirror cut stones were used since ancient times to cut gemstones. It is also popular to be the “thin stone”. Due to its excellent luster and shine, it was used in earlier times to polish diamond and cut rough gemstone.

So these are the main types of cut, which a gemstone can perceive. However, apart from this, there are other cuts that can be exercised upon the gemstones like Concave cut, Millennium cut, Cabochon cut, Buff cut, Briolette cut.

Except for cut. Color, clarity, the other extremely important parameter which we do need to consider while grading a gemstone is carat.

Carat is a unit of mass which is useful in measuring gemstones. It was found that the unit carat comes into existence around 1920. Additionally; one carat is equal to 200 mg.

Apart from other essential parameters the weight of the stone also holds paramount importance while grading a gemstone.

Apparently, a rough gemstone carries much weight, which needs to be scaled down by eliminating the redundant materials persisting inside the stone for example: separating inclusions from a stone. As a result of this, the size of the stone and the appearance of the stone enhances brilliantly.

Instead of this, it is not mandatory to purchase a high carat stone. Although, it is advise you to purchase a gemstone by keeping in mind your budget, since due to the advancement in technology, nowadays, a gemstone with lesser in carat even appears elegant and suppose to bestow all the benefits which a person seek from a gemstone.

Gemstone Recommendation As Per Astrological Planet

The Healing Power of Astrological Gemstone 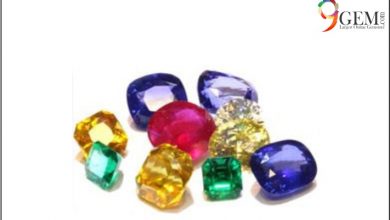 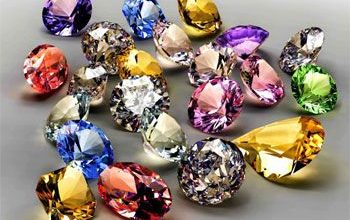