Discovered in 1967, Tanzanite is a stunning gemstone that is call for its interesting hues and mystical powers. From luxurious blue to rich violet, this exotic stone with its appealing colors has become quite popular amongst gem lovers in just a few years of its discovery.

The vividness of this gem has made it so desirable that it has become the second most popular blue colored gemstone, after the precious gem Sapphire. It was Tiffany & Co that named this member of Zoisite family as Tanzanite after its place of origin – Tanzania.

Till date, Tanzanite gemstone is discover in just one place on the earth, Tanzania in East Africa, which happens to be its source of origin as well. The deposit of this stone is situated at a five square mile hilltop at Merelani Hills near Arusha, a place which is ten miles south of the Kilimanjaro International Airport in Tanzania.

From the silicate family comes this stunning stone called Tanzanite gemstone, which is actually a calcium aluminum hydroxyl silicate. Some also call it Blue Zoisite. As it is a rare gemstone, it is commercially produced, and the reddish-brown minerals are heat treated to get the vivid color of the gem.

The stone shows different colors under different lighting. When the stone is looked under sunlight, it exhibits a wonderful blue hue.

However, later in the day, the stone displays red, purple and yellow hues. When seen under lightbulb or candlelight, the stone gives a subtle burgundy hue with brownish tones.

Thanks to the powerful metaphysical properties of this stone, it contains high vibrations that work great during meditation.

The violet flame is beneficial for healing the wearer. When held in hand, one can feel the violet ray moving from the transpersonal chakras into the crown chakra. As a matter of fact, this violet flame can heal all the higher chakras of the body.

Tanzanite is also known as the “Stone of Magic” and the “Workaholic’s Stone”. This is because this incredible stone is often used by those who are workaholic in nature, and using it helps them slow down a bit and take things easy. The stone also helps in relieving stress and increasing harmony.

Who should use Tanzanite?

As this stone comprises several powers that help one connect their mind to the higher realms, it is a great gem to have for spiritual awakening.

Tanzanite also leads one to a better understanding of the self and lets them discover the reason for their existence. It also encourages one to utilize their inner strength fully.

An amazing stone that lets one develop their psychic abilities such as clairaudience and clairvoyance, Tanzanite also increases one’s psychic communication and intuition.

The stone also aids in assuring a strong sense of self-control. The energies of the stone can fill one with greater intellect and give a boost to strategic thinking.

Those who often feel burdened with fatigue can wear Tanzanite to get the much-needed activeness in their life.

Those who find it difficult to express themselves or communicate their feelings can use this gem to improve their communication skills as well.

Tanzanite also helps one to overcome fear and anxiety. Being a protective stone that it is, Tanzanite imparts the feeling of protection, making one more happy, content, compassionate and loving than before.

An excellent benefit of Tanzanite is that it is a great gem that treats depression, removing negative energies that surround the wearer.

Ever since this wonderful stone has been discovered, it has been famous for its vibrancy and splendor. While there are many tanzanite stones that have become popular for their beauty, some have stood apart from the rest.

One such tanzanite gem is the “Queen of Kilimanjaro”. Set into a white gold tiara together with 803 garnets and 913 diamonds, this gem weighs 242 carats and is said to be one of the largest faceted tanzanites in the world.

Another amazing tanzanite housed in the Smithsonian Natural Museum of Natural History collection. Weighing 122.70 carats, this gem is known for its sheer magnificence.

Even Hollywood couldn’t ignore the finery of Tanzanite. This is the reason why many Hollywood celebrities like Anne Hathaway, Cate Blanchett, and Penelope Cruz have been seen adorning this stone with the utmost grace and sophistication.

The world of gemstones may be fascinating, but gemstones need utmost care to maintain the charm that they carry, and Tanzanite is no exception.

As this exquisite stone has perfect cleavage, it becomes important to keep it safe from hard blows which could result in damage.

This means, the right settings for this stone would be protected ones like bezel settings, and it should not be worn daily in pronged settings.

And when it comes to exercising or performing vigorous activities like sport, make sure to remove tanzanite jewelry to prevent it from damages.

Also, proper care should take while storing these beautiful gemstones. They should store separately and not with other stones to avoid the possibility of scratching.

You can either wrap tanzanite jewelry in a soft cloth or place it inside a fabric-lined box to keep it safe and secure for a long time.

For cleaning the tanzanite stone, use mild soap and water. Once cleaned rinse the gemstone and wipe it using a soft cloth. Also, make sure that the stone doesn’t  expose to harmful chemicals or acids.

It should not clean using ultrasonic and steam cleaners, nor should the gemstone expose to extreme temperature.

If you want to buy tanzanite stone, you can check the store at www.9Gem.com

Things To Know About Morganite Gemstone 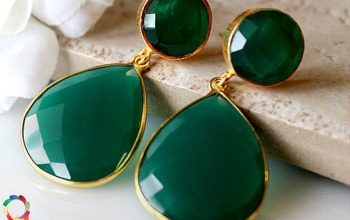